At the end of each year, we start discussing which topics are on-trend, giving the year a theme, per se. If “2016 was the year of video, something that everybody is making as well.” And “2012 became the year of the MOOC.” (Mass Open Online Courses).

Click, swipe and record, the digital sphere is tilting its influence heavily. Here is a list of some EdTech themes that have been shaping this years motif.

Storytelling is getting a facelift. A massive facelift. From Kindergarten on, teachers are moving towards immersive learning, and in the digi world, the spin is quickly becoming virtual. All those years of watching Star Trek are not too far off. TED Talks, “ideas worth spreading,” boasts serious follower-ship, equally explaining how video will advance into holograms, full virtual reality, blending life into full-blown cyberspace.

How this will affect EdTech is anybody’s guess. However, the Teacher vs Technology debate seems to have run its course. Living in harmony, technology in the classroom is undisputed. 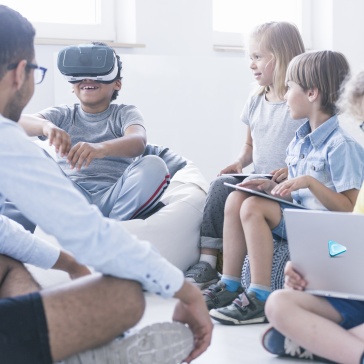 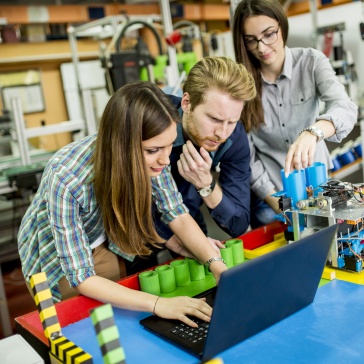 Not a trend. Makerspace is here to stay. It’s a movement, a powerfully influential, hands-on mega-project. It’s the most exciting thing to happen to STEM learning, inside and outside the classroom.

It’s revamping libraries all over the world and allowing kids, adults, tinkerers, and do-it-yourselfers the actual ‘space’ to create anything in their wildest imagination. Legos on adrenaline. 3D Printers gone wild. Want to know more? Read about the “Makerspace Movement.”

Basically, if we can name a robot a “citizen” of a country, (Saudi Arabia) we’ll take that as a serious sign that robots are destined to be a large part of the future. Sophia, do you agree?

Forbes magazine says it best by pointing-out “human relationships will never go out of style… but as robotics gain greater “social” abilities we will form relationships with our robot helpers.”

Hanson Robotics is just the beginning. Telepresence robots, humanoid robots, and AI interfaces are all the buzz. Speaking of buzzwords, how about AI, Artificial Intelligence? As AI forces its way into our phones, homes, cars and lives, we redefine what an immediate Jetsons lifestyle may look like.

Ahhh. More buzzwords for pop culture in the land of EdTech. Our friend Bryan Alexander, the ultimate wizard on all things Digital Literacy hit this one, right on the head. Leading several informative discussions, sessions, podcasts, Twitter convos and ideals, all under this proverbial umbrella, Sir Alexander enlightens us by saying,

“It’s not a new chasm, but a very old one, given fresh contours by new technology and practices.”

Ironically, (or possibly not so ironically), as we thumb-ball this idea, the very vehicle, of which we approach the open discussion, becomes evident. In short, Digital Literacy is, literally, shaping our world, one digital word at a time.

Deemed the next big thing in Corporate Training, and a cousin to Virtual reality, Immersive Learning creates stimulated and controlled learning situations. This empowers students and employees alike to literally go the distance mentally, without leaving their seat. Elvis may have left the building, but you won’t. Immersive Learning is “in” and it’s also the backbone to #FutureReady learning and projects. 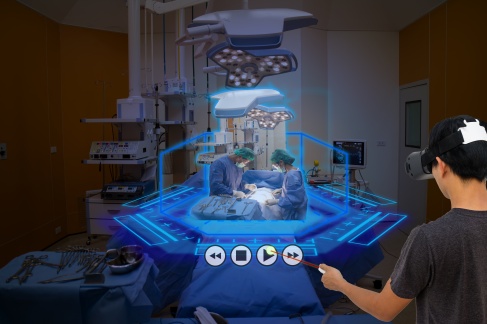 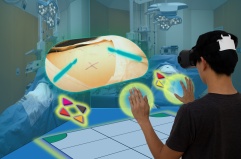 Video-Capture was most definitely on-trend this year coming out of a strong 2016 the year of video. “Lecture capture became mature and campus video management and hosting services began to attract attention.”

“Video may feel like it has been here a long time. And it has. But it surged in big way in 2016, below the radar, but touching lives like never before.”

Lecture Capture and Video Training Tools have been helping schools rule in the online digital classroom by crafting lectures, presentations, tutorials, training, demos, how to’s, vlogs, and so much more.

Campuses and Companies are using these privatized YouTube like portals to store and share videos. However, the ongoing theme of video in 2016 continued to play out in 2017 with more people making videos. Lecture Capture and video recording tools are becoming the new pen and paper.

Gamification as it’s commonly known, is the ultimate immersive learning experience. It’s not allowing students to space-out on video games. It’s not a teacher gamifying the classroom either. Instead, it applies effective game-based classrooms involving each of these components.

Students are provided with gameful learning experiences, driven by play. Its where real-world systems meet creativity. Using Models, Text and Shared Experience, this approach to learning spikes the students curiosity, through healthy challenge and calculated result.

Before we bust moves to finally decide what will potentially give 2017 its namesake, consider a few factoids about our developing video culture. Thanks, Infographic.

Last year alone, online video accounted for 64% of all consumer Internet traffic, and this number is expected to rise to 69% this year, and 79% by 2018.

That said, how can we effectively bullet-point trends and decide what fits for 2017?

So what will it be? What theme would YOU give 2017? Leave your thoughts here in the comments on this blog, or Tweet or post on Facebook your ideas for what 2017 Edtech motif will brand for the year?

One thought on “Edtech Review for 2017: What’s this Years Theme?”

Collaaj is a multi-stream video capture tool that is simple to use, featuring a powerful end viewer experience. Teachers and students can produce their own learning journey, enabled by the ability to record screen/ppt and up to three camera inputs into one single video. Quickly develop flipped learning videos on the fly.